To contact any organizer or for press inquiries, please email info@planevada.org or call 775-348-7557

Rosa Molina is PLAN’s Immigration Services Director for Northern Nevada. She joined PLAN in 1998 as Financial Administrator and in July 2012, she spearheaded PLAN’s Citizenship and Immigration Program. She has 18 years of experience in immigration law. From 2005 to 2008, she acquired partial accreditation from the Board of Immigration Appeals. In 2008, the BIA granted her full accreditation. This privilege allows her to provide court representation for clients in deportation proceedings, as well as representation in other proceedings, such as family petitions, adjustment interviews, etc. Rosa has helped hundreds of immigrants in our community by assisting them in several ways, from helping those who qualify to obtain work permits to helping many achieve their American dream of becoming U.S. citizens. Rosa holds a Master’s degree in Mathematics and Education from the National University of El Salvador. 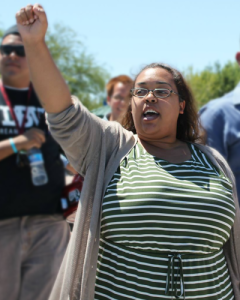 Laura is the Executive Director of Progressive Leadership Alliance of Nevada or PLAN. Laura started organizing and coalition building in college during the invasion of Iraq. She moved from her hometown of Colorado Springs to Las Vegas to work with SEIU on electing a president committed to health care for all. Next, Laura joined Americans for Democratic Action to organize low-income communities of color around kitchen table issues. Eventually joining PLAN in 2011 – first as a volunteer, then organizer and communications director – Laura’s leadership is on display in her current role as Executive Director. She is the first woman, and first Black person to lead PLAN in the organization’s 27-year history. Additionally, Laura serves on the Western States Center board, as well as the board for Earthworks and People’s Action, and a graduate of Emerge Nevada. Just recently, Laura was chosen as a 2021-22 National Leading from the Inside Out Yearlong Fellow by the Rockwood Leadership Institute. Each year, Rockwood selects nationally recognized leaders to participate in transformative yearlong fellowships. These prestigious executive fellowships have emerged as one of the nation’s leading learning laboratories for experienced social change leaders. 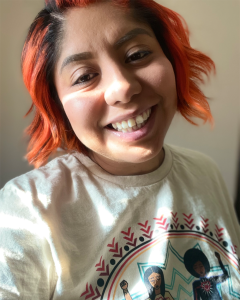 Erika started volunteering with PLAN to help fight for immigration reform. She became a staff member in 2015 as a mining justice organizer. She recently took over the immigrant rights organizing responsibilities and leads the Nevada Immigrant Coalition. Erika is a graduate from the College of Southern Nevada and currently attends the University of Nevada Las Vegas to obtain her Bachelors in Social Work. When she isn’t fighting for all the things that put People and Planet First, you can find her having brunch with friends or on a hike enjoying the outdoors.

Lizette is currently a student at the University of Nevada, Reno. She began with PLAN as a volunteer in our Citizenship and Immigration program in 2015, and became a staff member officially in 2016. As a first generation Mexican American she is passionate about assisting our immigrant community just as her parents were helped when they arrived in this country many years ago. 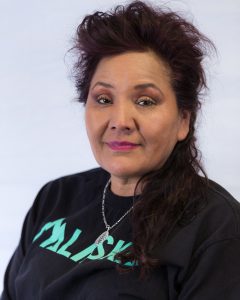 Beverly has worked at PLAN since 2016, as a canvasser and a native community organizer. She grew up being traditionally raised by her Grandmother. Early on she learned her place with the land and respected her place as an equal to everything around her; this was the deepest connection she had. The precious values of survival and learning about the bounty that was to come from planting a garden with her Grandma. These are gifts that are brought with air, water and land. Our earth mother is suffering so we must deepen our work on the river, near shorelines and banks. Therefore, indigenous people have human and cultural rights that need to be upheld. Justice needs to be pursued. 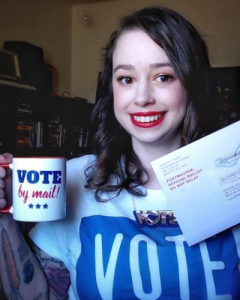 Christine joined the Progressive Leadership Alliance of Nevada in 2018 after having moved from Portland, OR. There she worked to organize the Fair Shot for All Coalition’s successful legislative campaigns including statewide paid sick days, an increase in the minimum wage, reproductive health equity, ban the box, and healthcare coverage for all undocumented children. Christine also has a Masters of Social Work from the University of Denver and spent time advocating on behalf of policies that support working women while a student. She has had a passion for economic, racial, and gender justice since her first rallies and lobby visits in Oregon at age sixteen. When not working Christine can be found spending time with her partner and pet rabbits. 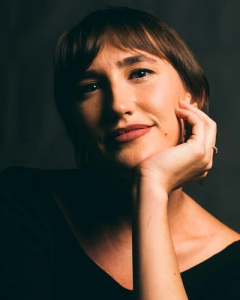 Jackie was born in Chicago, Illinois but was raised in Las Vegas and calls our beautiful Nevada home. Jackie graduated from UNLV with a degree in communications, worked in the hospitality industry previously while volunteering for climate organizations before starting with PLAN as an environmental justice organizer. She believes everyone has the right to clean air and water and standing up against the imbalance of power. Jackie is now the digital communications manager for PLAN, and is passionate about demystifying participating in the political process because she believes everyone should be involved as it’s our lives, and each other’s quality of life we are fighting for. 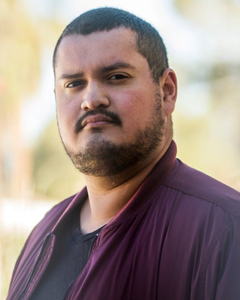 Jose Manuel Silva Solis was born in Ciudad Juarez, Mexico. Son of a restaurant kitchen worker and a housekeeper. He recently became a U.S. citizen last year in 2019. Seeing his family struggle with the English language, he seeks to one day become an interpreter. He majored at CSN in the Arabic language. He now studies at UNLV and is majoring in Economics. Jose is one of the Environmental Justice organizers, his organizing revolves around the environmental and racist impacts that lower income and communities of color face. He assists with PLAN’s native and mining organizing as well. If you look hard enough, you can find him helping in the other campaigns that PLAN has going. Jose loves volleyball and relaxing.

Elvira was born in México City, Mexico, and immigrated to the United States in 1986, becoming a US citizen in 1992. In the 1990s, Elvira organized the Latino community in Orange County, CA to oppose Proposition 187, which prohibited undocumented immigrants from using non-emergency health care, public education, and other services in the state of California. She later founded the local chapter of the League of United Latin American Citizens in Orange County. Elvira moved to Nevada in 2005 and continued to organize the Latino community. She has worked with the PLAN since 2010, organizing immigration advocacy, LGBT awareness and advocacy, and started the “Tu Voto Cuenta” campaign to register Latinos to vote. In 2012, Elvira was recognized by President Obama as a Champion of Change for her work with the Latino community in Nevada. 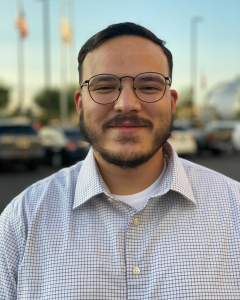 Hector joined PLAN following the 2020 general election as the Communications Manager. Hector is a first generation Mexican-American, born and raised in East Las Vegas, the son of a casino worker and construction laborer. Hector began his advocacy in high school against the systemic inequalities in education for low-income and immigrant students. Immigration is an issue that hits close to home for Hector, and had led him to begin working with Make the Road Nevada in 2019. There he was able to work on campaigns that ensured immigrant and working class voices were being represented and uplifted. Hector is a College of Southern Nevada graduate and is currently seeking his Bachelor’s at the University of Nevada Las Vegas, majoring in Political Science.

Cassie Charles started organizing in 2015 with Planned Parenthood in Las Vegas advocating for comprehensive sex ed in Clark County Schools. While advocating for Reproductive Rights is the foundation of her organizing, campaigns are her jam! She quickly fell in love with the fast paced environment of electoral campaigns on the 2016 presidential election and hasn’t looked back since. Outside of work she likes to spend time with her dog, cats and partner watching new shows on netflix. 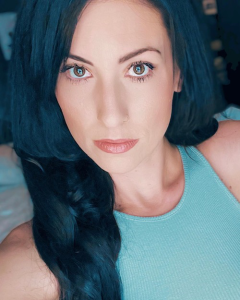 Mindy joins PLAN with 10 years of experience working in Human Resources & Training/Development in Hospitality. She is looking forward to applying her knowledge to the non-profit sector and to all of the new knowledge she will acquire working with Planistas. She is a born and raised Las Vegas local and the mother to two independent little girls. In her free time, she is pursuing her Masters in Marriage and Family Therapy and enjoys traveling to Disneyland & New Orleans. 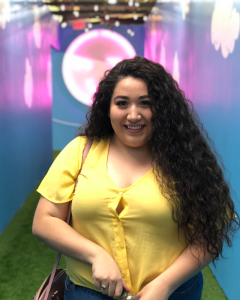 Bianca Balderas joined PLAN at the beginning of 2022 as the Civic Engagement Program Manager, Bianca is a first-generation Mexican-American, born and raised in East Las Vegas. In 2016 her community was being called “rapists and criminals,” and she decided that voting alone was not enough for her, so she started organizing during the presidential election. Bianca since then has become very passionate about social justice and making a difference through Political Education and empowering younger POC to start taking a seat at the Political Table. After work, you can find Bianca at her part-time job taking care of her curly hair or traveling. 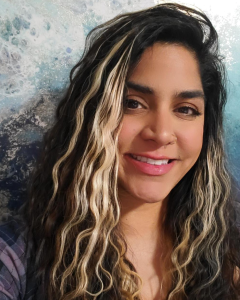 Shanzeh was born in Lahore, Pakistan. Her family immigrated to the US when she was very young and was finally granted citizenship in 2011. Shanzeh was raised in Las Vegas and graduated with a BA in Psychology from UNLV. Shanzeh has a passion for organizing communities into spaces to have impactful conversations and work towards justice. Shanzeh joins PLAN as our Economic Justice Program Manager, and works towards bringing the community together to inform and empower. She believes the best way to motivate people to participate is through education and giving folx the tools they need to navigate the world of information available to them. In her free time, Shanzeh can be found painting, traveling, or cuddled up with her pet cat. 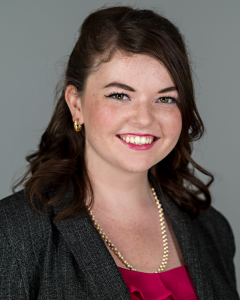 Olivia joined the Progressive Leadership Alliance of Nevada in 2022. Originally from Florida, Olivia is proud to now call Nevada her home. Olivia studied Geology and Environmental Studies at Washington and Lee University in Virginia, and worked in the nonprofit sphere throughout her undergraduate education. Olivia is interested in the intersection of science and policy work. She is excited to make a difference for communities across Nevada as the impacts of the climate crisis worsen, and ensure equity in how environmental issues are mitigated. When not working, Olivia can be found hiking or kayaking with her partner, Matt, and her dog, Blue Ridge.